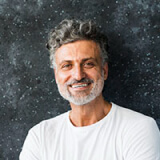 What Is a Texas Wedge in Golf? (and When to Use It) 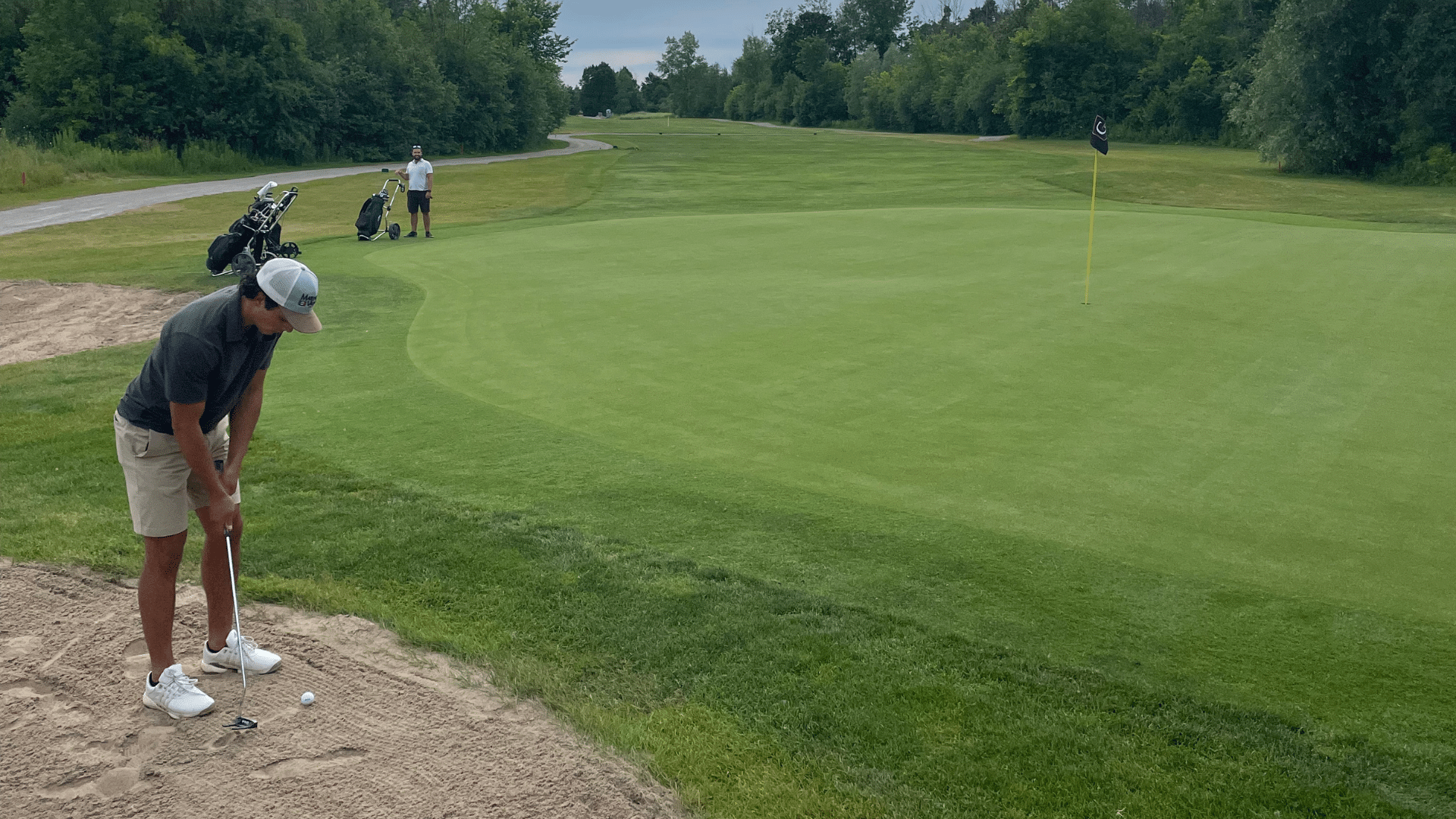 After a spectacular tee shot and a second stroke that leaves you just short of the green, you’re setting up for a perfect chip that will leave you right near the hole. However, how you choose to approach the green can come with significant risks. A bad chip can leave you with a shot that carries you straight through the green and ruin your chances for par or a birdie. But what other choice do you have? The answer just might lie in the Texas wedge and your ability to master it.

What Is a Texas Wedge?

A Texas wedge is a somewhat misleading term for a putter that you use to putt the ball when you’re off the green. That is to say that the Texas wedge isn’t actually a wedge at all. It’s a synonym for your the most important golf club in your bag - the putter.

The idea behind using your putter from the fairway is that you limit the amount of time the golf ball is in the air and its relative momentum. Perhaps PGA Tour pro Arnold Palmer said it best: “Your worst putt will usually be as good as your best chip.” If you believe The King, the Texas Wedge is certainly something to consider, especially if you’re not all that great with a pitching wedge or getting backspin.

By opting for a putt with your Texas wedge, you mitigate the risk of hitting the ball through the green and bring about a lower degree of difficulty compared to hitting a chipper. While you still need to hit the ball with the correct amount of power and assess the conditions of the lie, the Texas wedge offers a more accurate approach, especially for fast greens, windy and blustery conditions, or the less-than-confident chip shot.

Where Does the Term Texas Wedge Come From?

While the term Texas wedge may seem like a marketing gimmick, its origins are surprisingly straightforward. The term was actually popularized by golfers from the Lone Star State, who would often use a putter from the fairway to avoid the windy conditions associated with golfing in Texas.

Legend has it that World Golf Hall of Fame inductee Ben Hogan — a Texas native — coined the phrase when he began to use his putter from the fairway with remarkable precision. Some experts even believe that the Texas wedge became such an integral part of his game that it was one of the foremost reasons Hogan is enshrined in St. Augustine.

How To Use a Texas Wedge Effectively

If you want to use the Texas wedge to play your best golf, start by understanding the situations where it’s advantageous. First and foremost, note that you don’t always need to use a Texas wedge, especially if you’re doing it as a way to upstage the other members of your foursome. Sure, it looks good and you can earn some style points, but it’s only feasible in certain situations.

The first consideration is green speed. If the greens are naturally fast or playing faster due to weather, the Texas wedge can help you play the ball up — often to a better lie. Not only do you have more control, but you can also avoid a shot that goes far past the cup. Most golf courses make this information readily available (Pro tip: ask the pro-shop or Marshall for the "Stimp Rating"), but you can also use a stimpmeter to get an accurate reading. Downhill greens are also notoriously tough to pitch or chip onto, so a Texas wedge can give you more control.

The next thought is where your ball is located and the grass around it. Recently mowed fairway grass and relatively hard ground are both ideal for using a Texas wedge, but a tight lie may also indicate a great scenario for this type of shot.

In addition, the wind is a significant factor. If heavy, blustery, or gusty winds are apparent while you’re playing golf, you can get far more control if you use a Texas wedge compared to a chip or a pitch.

Finally, you should consider distance. A golf tip that’s widely followed is that a Texas wedge is only effective up to about 40 yards. Any longer, and you risk leaving the putt short, which puts you right back in the same boat. Chip or pitch if you have more than 40 yards between the hole, or you might find yourself doing the Texas two-step to get to the green.

When To Avoid Using a Texas Wedge

High grass or grass that hasn’t recently been mowed is a situation where the Texas wedge is almost always ineffective. Obviously in high grass, the ball won’t roll. It’s essentially the same idea as trying to putt out of the rough. All other things in your favor, if you have tall grass in your path, leave the putter in your bag.

Another reason to avoid using a Texas wedge is when you have hazards in your way. A cart path, bunker, water hazard, or any other type of obstacle means that the Texas wedge is probably off the table.

A lesser-used consideration but one that still warrants your attention is the grain of the grass. Most commonly, Bermuda grass has a significant grain. If the grain is growing toward or away from you, the ball can move unpredictably when you use a Texas wedge. Freshly mowed Bermuda grass causes far less of a problem, but on moderately high Bermuda grass, take the extra step to check out the grain.

While nine times out of 10 you’ll only use the Texas wedge on the fairway, you may come across a situation it makes sense out of the bunker. This may seem like quite the gamble or something you’d try for a friendly wager on the course, but hard, compacted sand makes this possible.

With harder sand, such as after rain, the ball rolls far more quickly. So if wind is a factor or you just don’t trust your chipping skills, you can certainly use a Texas wedge. Keep a watchful eye for anything that may impede this shot, such as a lip at the top of the bunker.

Time for the exciting news: the Texas wedge technique is identical to how you’d put if you were on the green. Whether you have a certain routine or superstition behind your putt, you can continue to do it. Read the green, keep your head down, and use the putting technique you find comfortable.

The only major difference of the Texas wedge compared to a regular putt is where you aim. Because the fairway is going to play slower than the green itself, you should always aim at least 5 yards beyond the hole or 5 yards beyond where you’d hit the ball if you were on the green. This should help you decide how much power to use and get you closer to the cup. When in doubt, aim long.

Famous Golfers Who Have Mastered the Texas Wedge

While you may not see the Texas wedge all that often in the professional ranks, several golfers have mastered the technique to their advantage and drastically improved their short game. As mentioned before, Texan Ben Hogan was one of the OGs of the Texas wedge, but fellow Texan Lee Trevino was also a purveyor of the technique as well.

Some other famous golfers who’ve also been known to use the Texas wedge from time to time include:

Other golfers may not routinely use the Texas wedge, but if a situation presents itself, the best golfers always know how to adapt. You may not be on the list, but with a timely Texas wedge shot, you can at least put your name in the pantheon of great golfers within your circle.

The Most Famous Texas Wedge Shots of All Time

One of the best examples of the use of a Texas wedge happened — ironically enough — at the 2014 Valero Texas Open. On the par-4 5th hole, South African Branden Grace hit a tee shot that left him 36 feet from the hole. With gusting winds and a direct path to the hole, Grace pulled out his Texas wedge and sank a 36-foot putt from the fairway for eagle. While he didn’t exactly move up the standings — he finished 79th — the shot remains as one of the best examples of a Texas wedge in recent memory.

Another example of the Texas wedge in pro golf history belongs to Justin Leonard at the 2016 FedEx St. Jude Classic at TPC Southwind Country Club in Memphis. After leaving the tee shot just short of the green on the par-3 8th hole, Leonard pulled out the Texas wedge to sink a 33-foot birdie putt. He finished 52nd, but the shot still showcases the power of learning to use a Texas wedge.

Like any other type of club in your golf bag, mastering the Texas wedge just takes practice. But knowing when to use the Texas wedge to your advantage is of equal importance. Weigh each situation carefully before you pull out the putter, get out on the practice greens or use an office putting green, and you should see some significant improvements in your shot and your overall game.

Everything’s bigger in Texas, but the number of strokes on 18 holes doesn’t have to be. 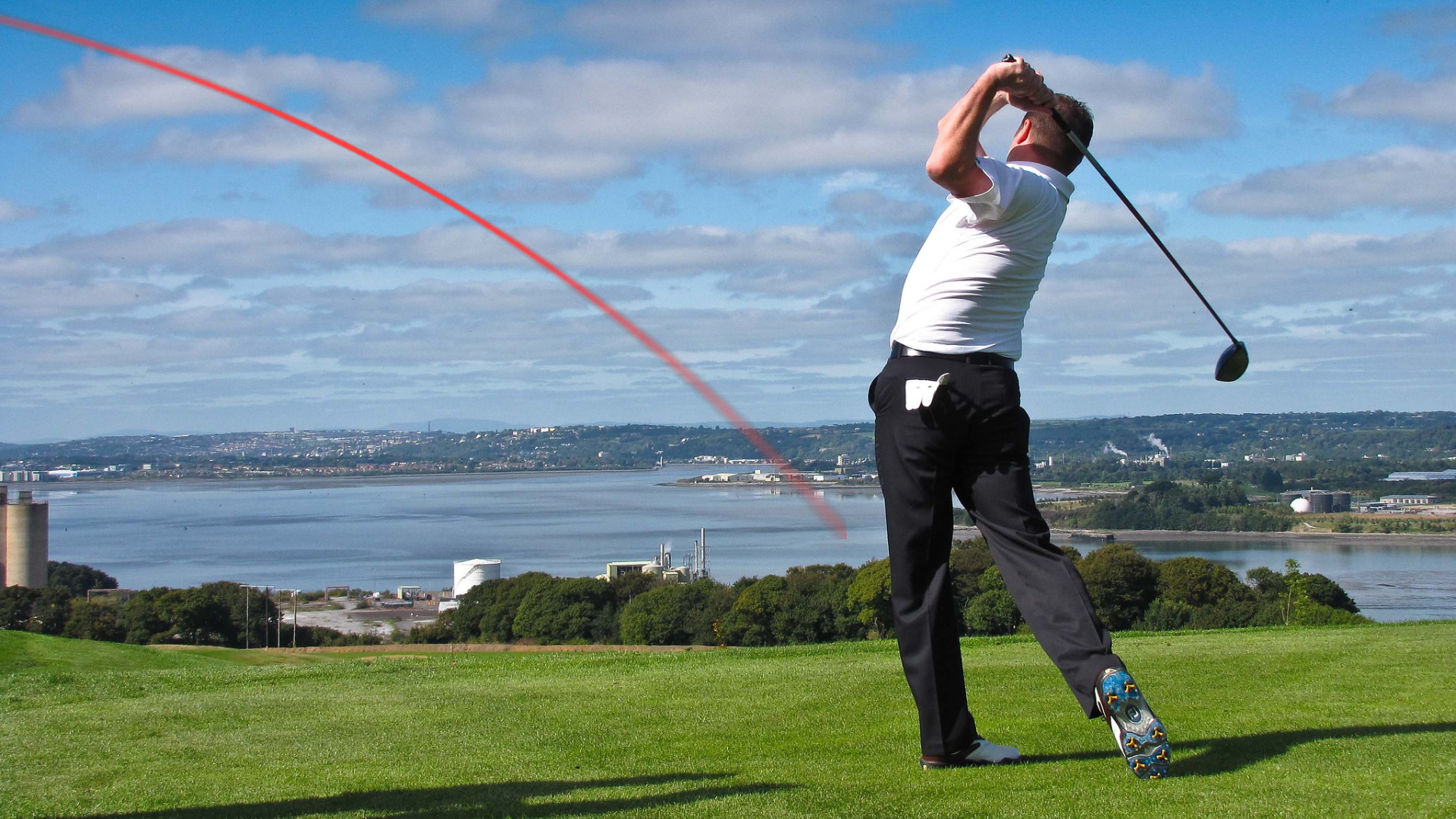 The 5 Best Shot Tracer Apps to Improve Your Golf Game 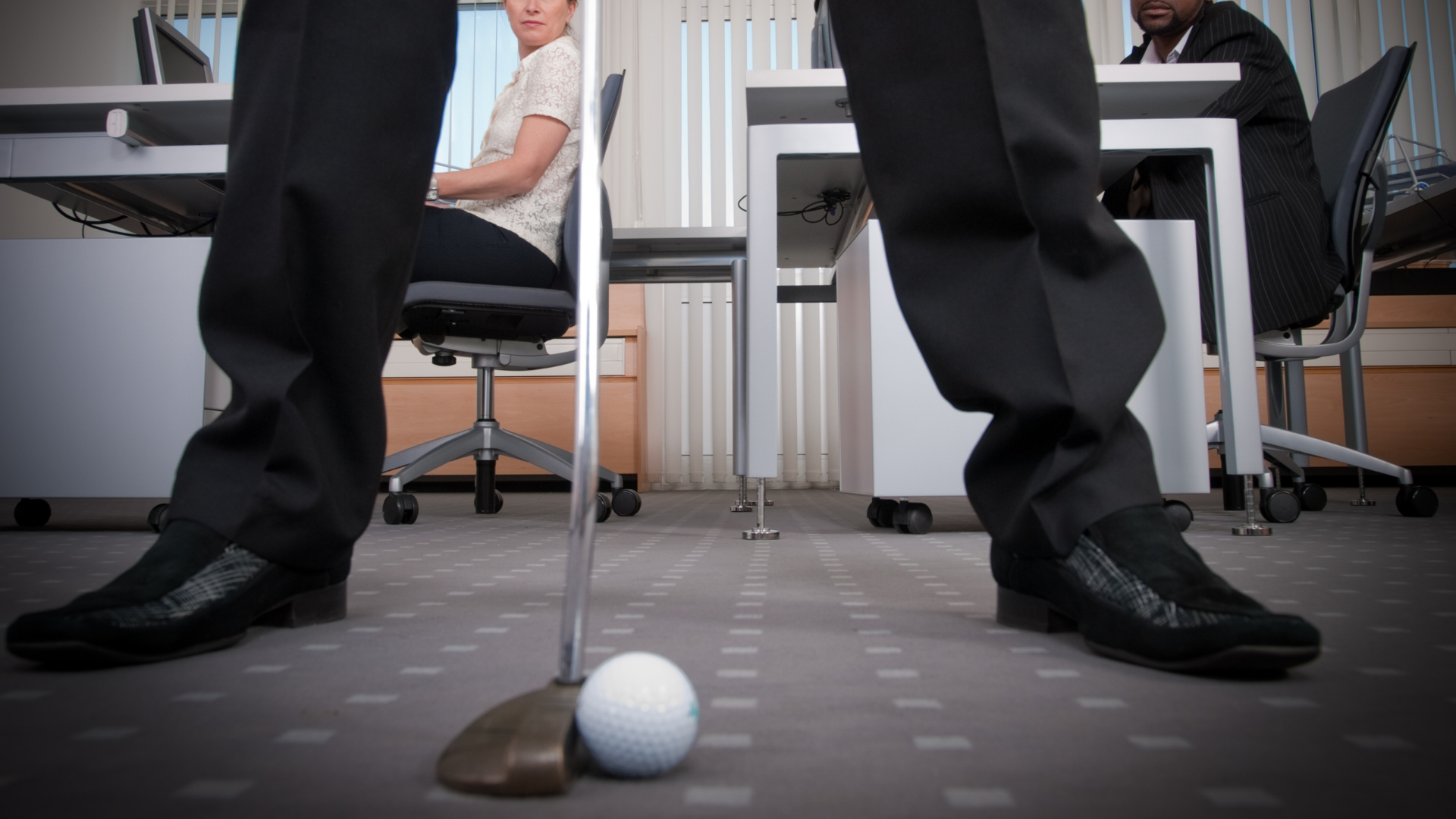 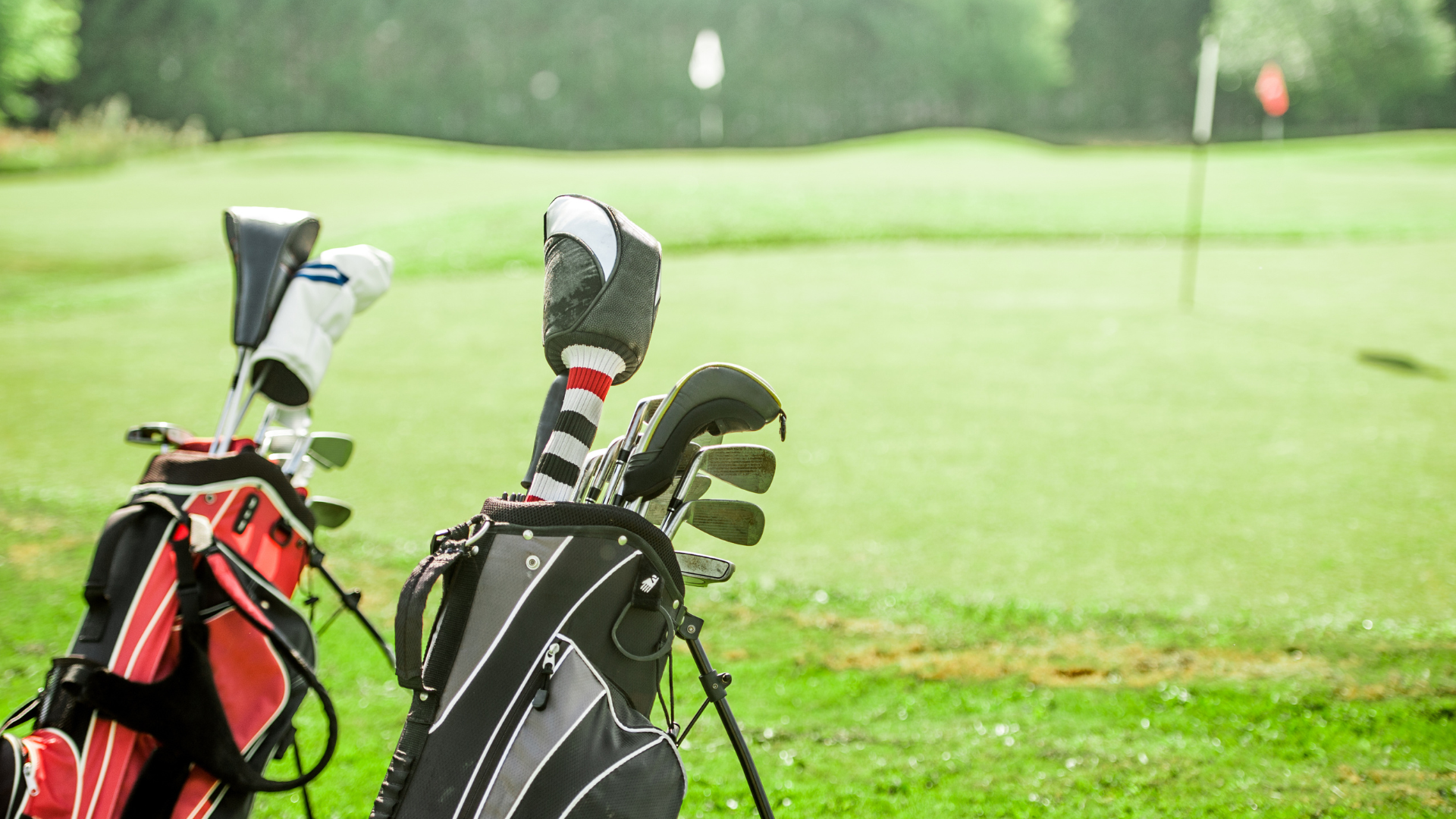 Upgrade to a reader membership for $4/month

Get more out of the news